We love what we do

We are a joyful neighborhood church that loves to throw open the doors and invite the world in for a meal or a party. We are strongly rooted in Norfolk, but we’re not homebodies. Like the city itself, we are open and connected to the wider world.

We welcome newcomers and visitors from all walks of life and strive to be a community which nurtures and grows the lives of the faithful, wherever they may be on life’s journey

We care for one another in times of challenge and loss, and our prayer life is rooted in ancient traditions, yet alive with contemporary focus. Our worship services follow the patterns found in the Book of Common Prayer. 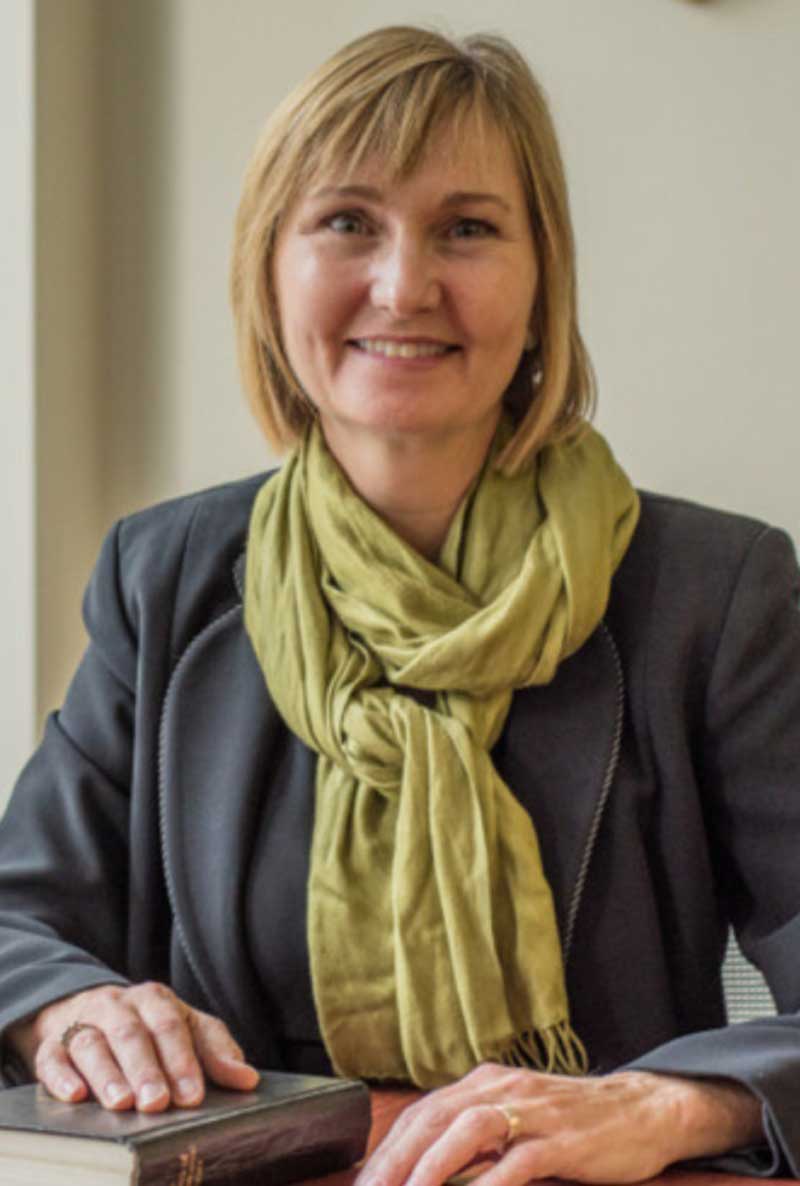 The Rev. Dr. Jacqueline Soltys was ordained at St. James Episcopal Cathedral in the city of Chicago, where she served as both Deacon and Curate. After she and her family moved to VA in 2017, Jacqueline served as a supply priest at Old Donation, then accepted the position of Assistant Rector at Grace Church in Yorktown, where she served for two years. She is the creator of a wide range of digital projects, including “The Questions Project,” which can be found at jsoltys.org.

The priesthood was a mid-career change after time spent in academia. Soltys has a PhD in Russian Language and Literature from Yale University. She taught in a variety of academic settings and worked as a simultaneous translator for NBC during the Reagan-Gorbachev Summit. Soltys also worked as Prestigious Fellowships Coordinator at Cornell University, where she coached applicants through the application process for the Rhodes and Marshall Scholarships.

Rev. Soltys has two adult children: one studies at Washington and Lee Law School; the other is pursuing a degree in fashion design at Fashion Institute of Technology (FIT) in New York City. Soltys’s husband, Stuart Henderson, is a physicist. He is Director of Jefferson National Laboratory in Newport News.

I’ve been on staff at Good Shepherd for 17 years. As of the fall 2021 my full time call is to create space and opportunities for children and youth that encourage them to explore who God is as well as participate in the life of an active faith community. When I’m not doing my thing on the corner of North Shore Road and Hampton Boulevard, I can be found creating mixed media art, finding treasures in thrift stores, and checking out food at hip spots around the globe and in my own backyard.
• Email Ben • 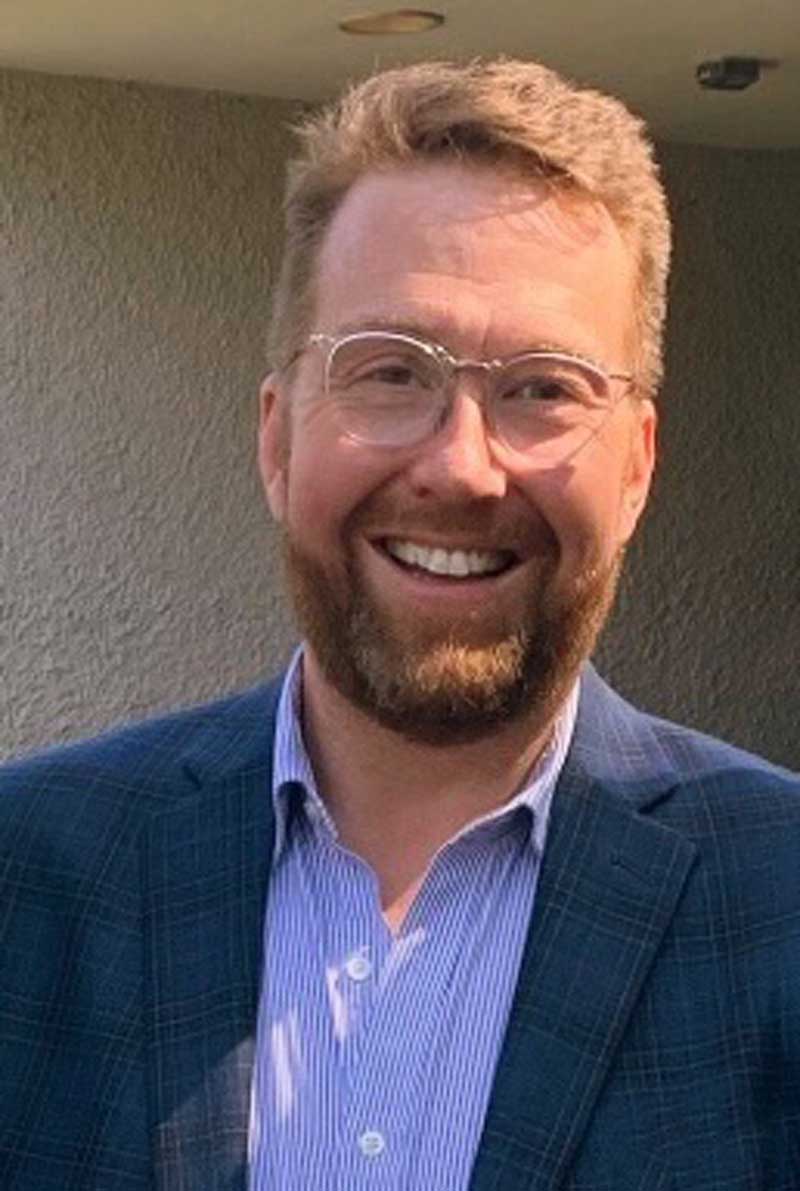 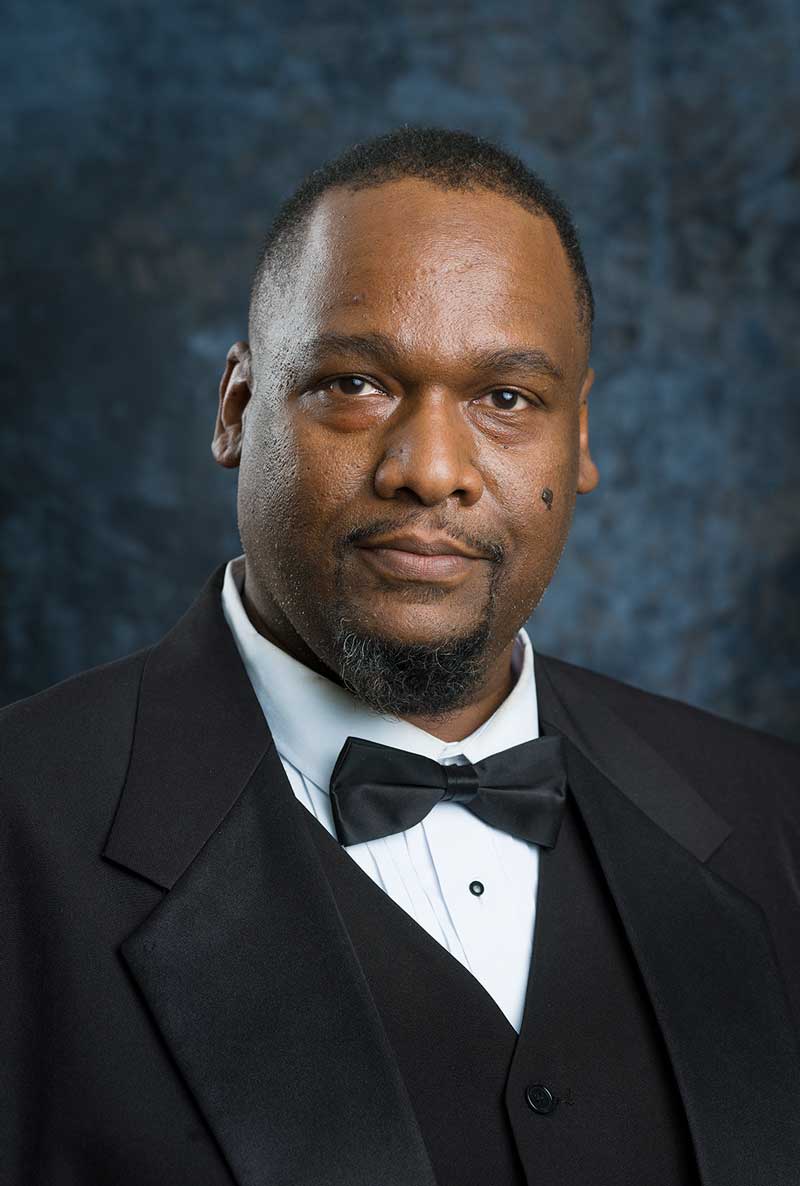 Dr. Harlan Zackery, Jr., is Director of Choral Activities and conductor of the Concert Choir at Norfolk State University. A native of Henderson, NC, he completed the Bachelor of Music degree in music education, cum laude, as well as the Master of Music in choral conducting at the University of North Carolina at Greensboro. He received his Doctor of Musical Arts degree from the University of Southern Mississippi. In addition to his work as a choral director, he has extensive experience as an orchestral conductor, piano soloist, and musical theatre director. He has also been actively involved in church music work since high school, working in congregations throughout North Carolina, Mississippi and Virginia. When not making music you can find him perfecting a recipe in the kitchen or out in the apiary tending to his beehives.

Katie Davenport has been working with Good Shepherd since Fall of 2021, specializing in marketing and communications, both print and digital. Katie spent 14 years of her career in the Human Resources field as a generalist and HR Operations Manager, but left HR in 2020 to homeschool her three children. Katie has always worked and served beyond primary career, often being contracted to design websites and marketing materials for various organizations, as well as serving as president on the board of her children’s Montessori school for 3 years. She has a passion for helping others streamline and optimize their resources, and loves the opportunities to work creatively with Good Shepherd. Katie is a native of Hampton and lives in Newport News with her husband, Jake, and their three young children, Ellie, Van and Beaux, and their dog, Lucie.
• Email Katie • 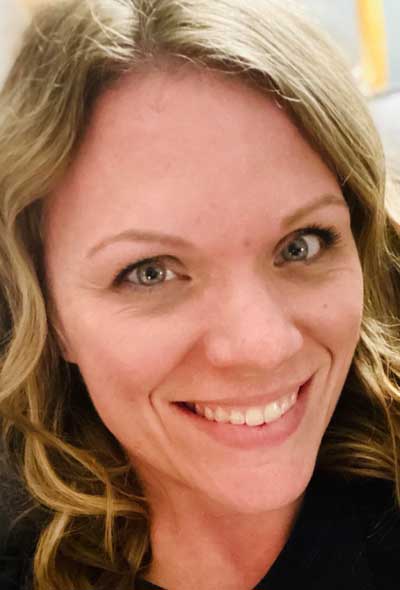 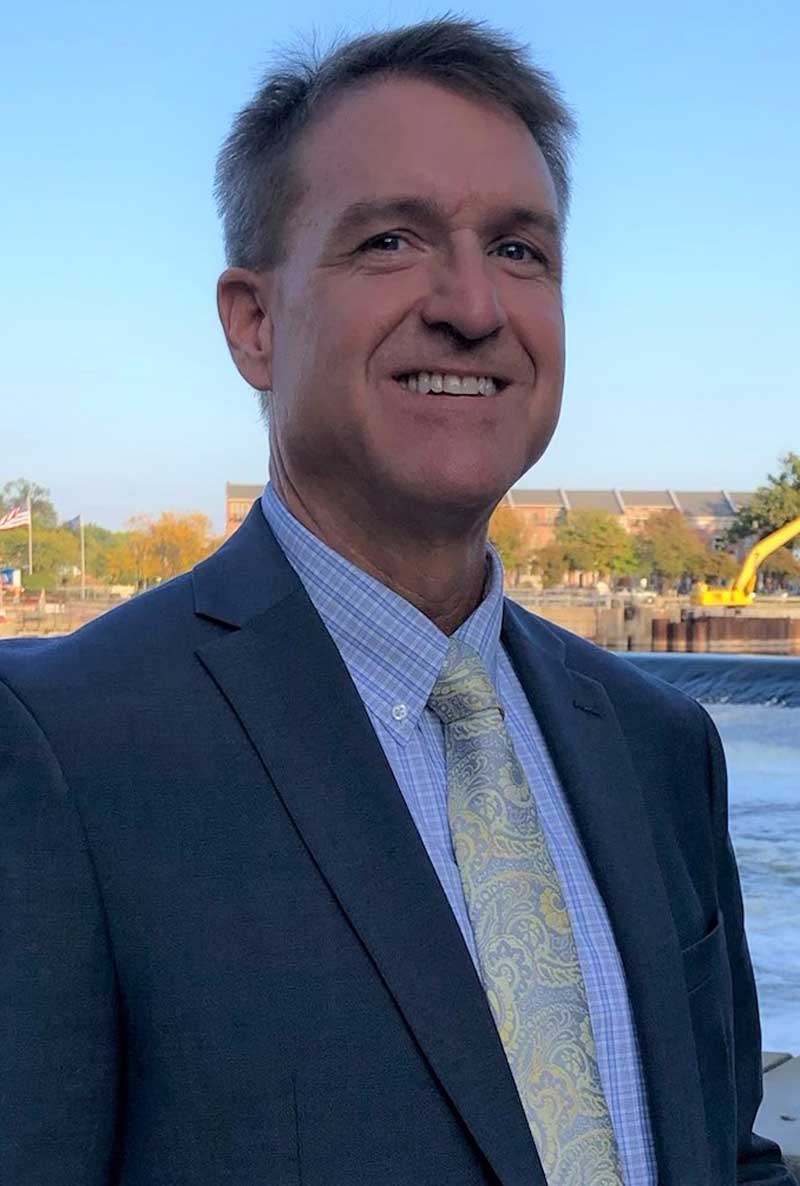 Bob spent the last 14 years working full-time as a Church Business and Facilities Manager while also working as a consultant and bookkeeper for other small churches in his hometown of South Bend, Indiana.

In July 2020, Bob’s wife of 30 years, Lisa, accepted an elementary school principal position with the Virginia Beach schools, so they sold the house and moved 800 miles to the beach. Bob and Lisa have two sons: Riley, a medical student in Norfolk, and Ryan, who lives and works in Durham, NC. Lisa’s father – a retired Lutheran pastor – lives in Virginia Beach. Being so close to all three has made living and working in the area very rewarding.

Triston Figueroa grew up in multiple states but claims Lorain, Ohio to be his home. In 2013, he married his high school sweet heart Maria Figueroa. Together they have three children, Mareano, Aliciana, and Novaleia, and their dog Kuma. Triston’s family have traveled all over the world and have lived in Ohio, Kentucky, Tennessee, Japan, Germany, and now Virginia. He studied at the University of Maryland Globus Campus where he graduated with a Bachelor of Science in Human Resources Management. Triston has served honorably in the U.S. Army as a Human Resource Specialist, Defense Courier, and Operations Manager before joining the Church of the Good Shepherd. Triston has volunteered in many churches with different denominations as a Youth Leader for children of all ages and is eager to get to know and work with the community of our church.
• Email Triston • 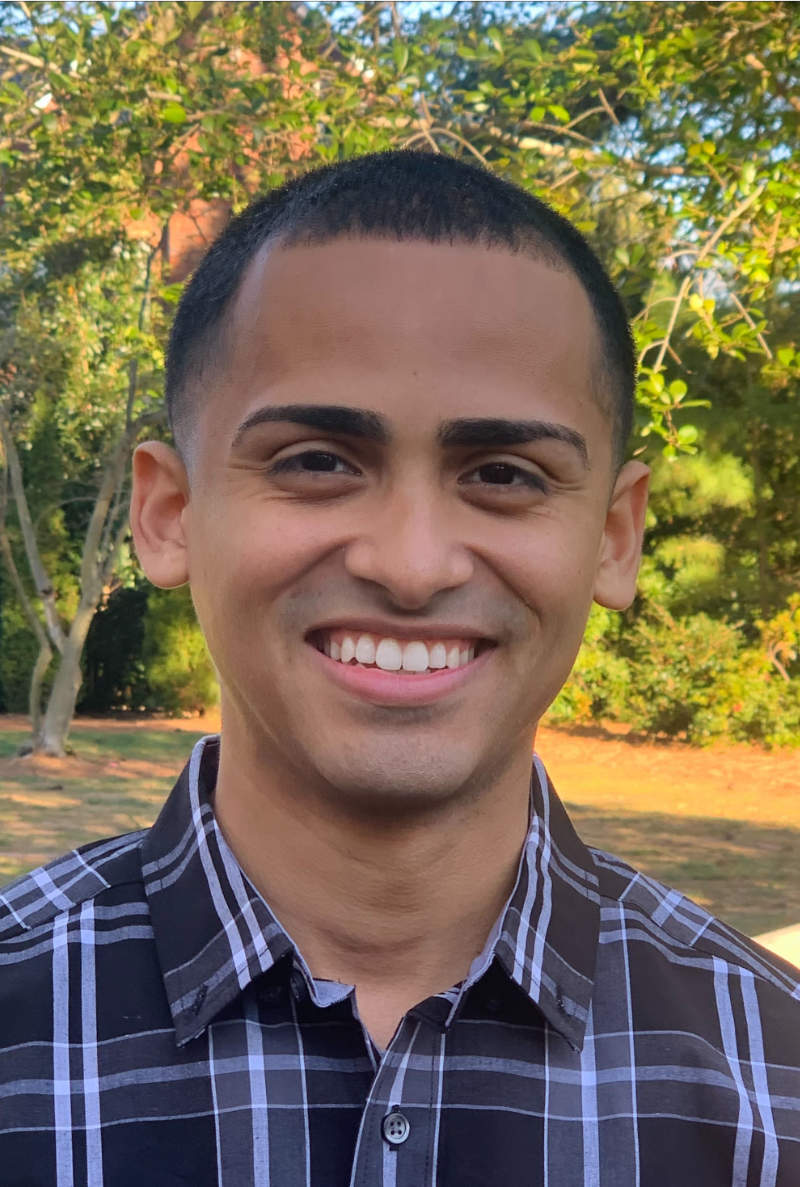 The Episcopal Church welcomes all who worship Jesus Christ, in 111 dioceses and regional areas in 17 nations. The Episcopal Church is a member province of the worldwide Anglican Communion. The mission of the church, as stated in the Book of Common Prayer’s catechism (p. 855), is “to restore all people to unity with God and each other in Christ.”